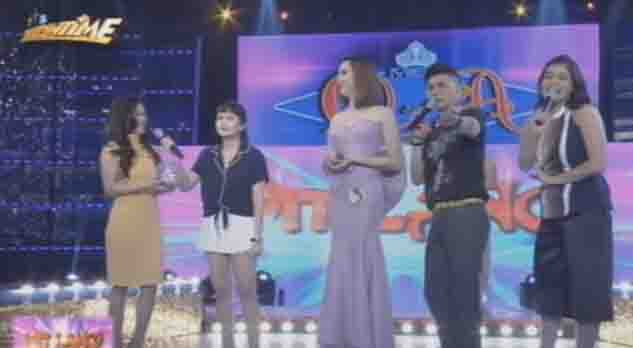 It was a hillarious afternoon as usual in “It’s Showtime” specially during the ‘Q and A’ portion. People love to watch the love triangle between Bela Padilla, Jackque Gonzaga and Vice Ganda.

Unfortuntely Vice was not around last Monday (March 19, 2018) due to some health concerns. Bela and Jackque was left to give their message of love and concern for Vice.

Bela Padilla reacts to netizens’ tweet about her past photo

Jackque then suggested to Bela that they should just right their message in the sand which Bela obliged. Bela then noticed that Jackque did not follow her own advice and Bela said she is used to it since she is always a victim.

Anne them came into the picture and asked Bela this question “Bela, sino bang naka-isa sa yo?” Everyone burst into laughter since it is a common knowledge that Anne is not so fluent in tagalog.