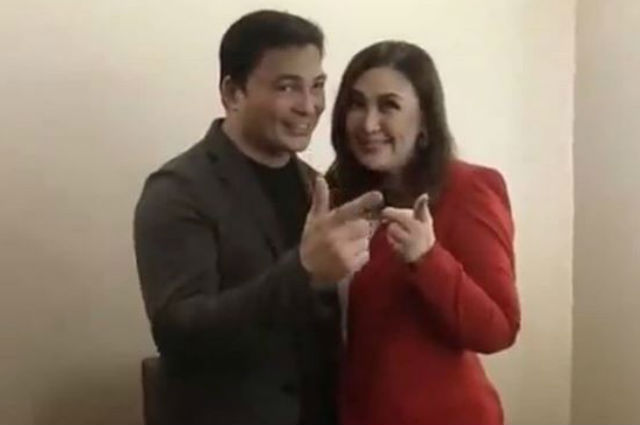 Actor Gabby Concepcion revealed that his most anticipated movie with the megastar Sharon Cuneta is pushing through after the two of them had the chance to talk alone during an event they both attended.

In his interview with Push, Gabby shared how they agreed to patch things up during their talk and shared details about their reunion project which fans have been waiting for.

According to the actor, he and Sharon decided to produce the movie by themselves but also said that they will be needing other producers for the movie.