Iza Calzado plans to have a baby in 2020: “Gusto ko lang maging responsable” 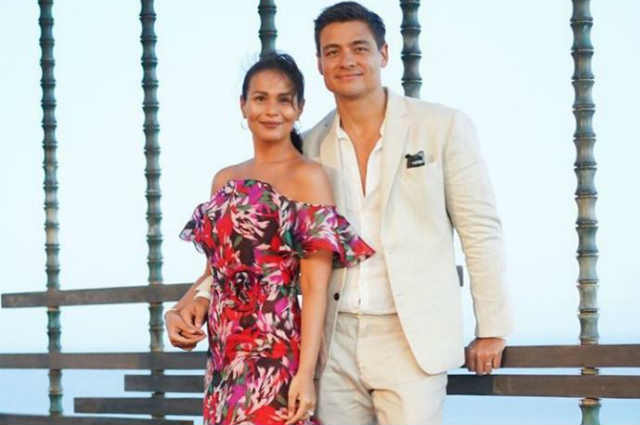 Actress Iza Calzado shared how she does not plan to have a baby anytime soon with husband Ben Wintle as she is currently busy working on her showbiz commitments including two movies and a series.

In her interview with Pep, Iza revealed that she plans to get married before 2020 ends but clarified that it is not her priority as of the moment.

Iza Calzado flaunts stretchmarks and cellulite: “I no longer want to hide”

Iza Calzado remembers late dad Lito Calzado: “You would have loved everything about the wedding!”

WATCH: Iza Calzado shares the story behind the bracelet given by Sunshine Dizon on her wedding

She said: “Hindi pa puwedeng magbuntis kasi. Definitely I have two movies and a series that I’m going to do.”

“Of course, this is God’s blessing and people will say na, ‘Bakit mo tatanggihan ang grasya ng Panginoon?’ Hindi ko ho tinatanggihan. Gusto ko lang maging responsable. Dahil pag may ipinagkatiwala sa iyo and you sign up for it, you do whatever it takes for you to deliver. That’s how I am with work. That is also how I will be with motherhood,” Iza added.

The actress also said that she is willing to take a break from acting once she gets pregnant just like how she commits to the projects she has been working into.

“When I commit to it, I will do my very best to deliver one hundred percent. And if by doing so I need to take a break from acting, then I will. Di ba? Whatever it takes. But when you sign up for something, commit, deliver,” Iza said.