James Reid and Nadine Lustre spotted together after breakup announcement 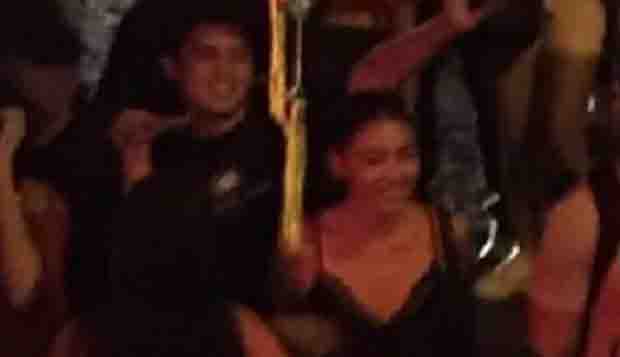 Netizens are still talking about the James Reid and Nadine Lustre breakup, it came as a surprised to many as they thought the couple are doing perfectly fine. Fans and followers were sad that the loveteam ‘JaDine’ is over.

But there are still some who are still wishing that everything that has happened is simply a dream – a bad dream at that and wished that the split-up is not true or a simple misunderstanding.

JaDine fans saw a little hope of possibility when photos and videos of James and Nadine surfaced online – showing the two atteding an event. According to netizens, the two were sweet with each other and this happened after their breakup annoucement.

Some were happy to see the two together while some were confused and were asking if the breakup is simply a gimmick.