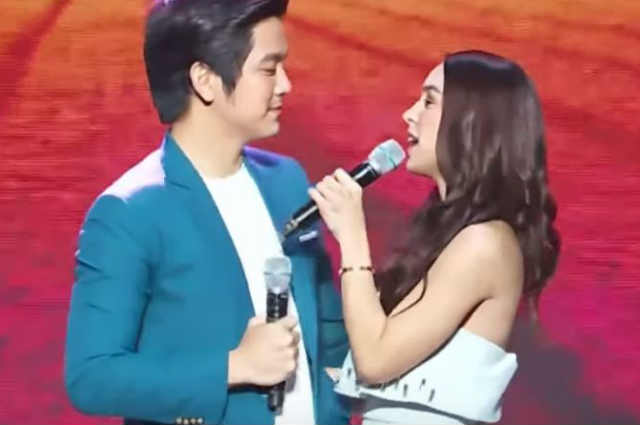 Former couple Joshua Garcia and Julia Barretto surprised the audience and television viewers as they did a sweet song number and performed “O Pag-ibig” during the special episode of ‘ASAP Natin ‘To’ live in Bay Area.

During their song performance, Joshua and Julia held hands while grooving to the beat.

WATCH: Julia Barretto, all smiles during trip in Hong Kong with friends

Julia Barretto says she is moving on to the ‘next chapter’

The performance was shared on YouTube which already gained over 212K views as of writing. However, despite gaining hundreds and thousands of view, some netizens noticed how there were more viewers who hit the ‘dislike’ button with over 12K as compared to the ‘like’ icon with over 2K.

The YouTube video has also been flooded with comments from netizens expressing their dismay over the couple’s supposedly sweet song number.

One netizen wrote: “So sweet of Joshua to keep their performance so OK.. But you can see the sadness in his eyes..”

“I CAN’T SEE THE SPARK ANYMORE, ALL I SEE IS SADNESS IN JOSHUA’S EYES??,” another netizen commented.

It can be remembered that Joshua and Julia earlier confirmed their break up but said that they chose to remain ‘best friends’.

Julia has also been linked to actor Gerald Anderson and was accused of causing the actor’s break up with Bea Alonzo which she denied in a statement she released on her Instagram account.