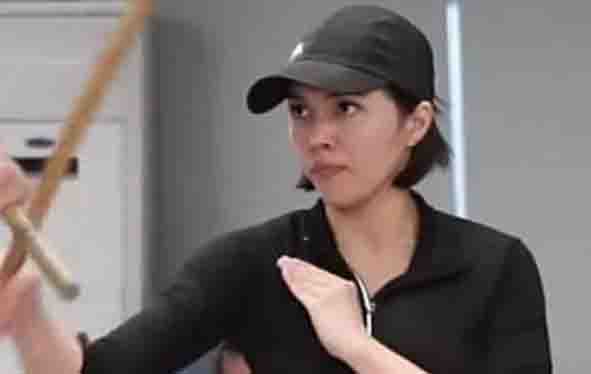 Actress Julia Montes is back in the limelight along with rigid trainings for her upcoming teleserye. The Going Bulilit alumna turned versatile actress is proud to show off how busy she is with her new project. For the very first time, since her notable silence in showbiz, she amazes fans and followers with her comeback.

In a video posted by Dreamscape, Julia is seen wearing her surprisingly short hair while doing routines with her trainer. She also revealed that she took a serious Arnis Training and firing to exceptionally prepare for her upcoming scenes in 24/7. She even added that it is very timely to show something fresh from her.

Julia’s undying supporters are thrilled to see her back in the showbiz scenes, since she rested for a long period of time. Many have expressed their excitement over her upcoming presence on screen. One follower said “@lalicastbluPara siyang si Scarlett Johansson… 😍😍” while others are looking forward to watch this new project.

It was noted that the previous year seemed like a controversial season for the actress who is constantly linked of conceiving a baby with famous and accomplished fellow star Coco Martin. She modestly kept her silence and never confirmed anything in public.

Julia is moving forward and starting all over again with a fiercer character for her much awaited comeback. ABS-CBN announces its airing will be very soon this 2020.