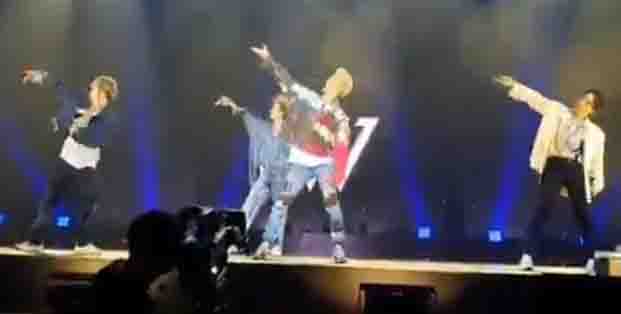 Fans and followers of the K-pop group “WINNER” were ecstatic after the group decided to surprise them by performing the ‘Tala’ dance craze popularized by Sarah Geronimo. The fans can’t get enough with the group while they were dancing.

The group visited Manila for their ‘Winner Cross Tour.’

My brother losing it because of Seunghoon dancing in Jordan 1 Travis Scott which are currently marketed at $1300 minimum lmao pic.twitter.com/4nrG0NhjIi