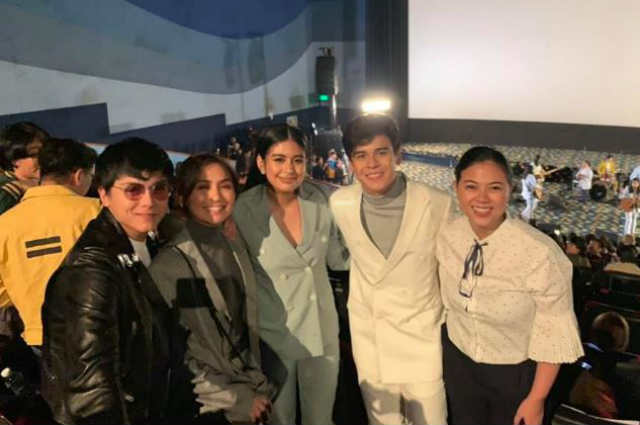 Kapamilya teen king and queen Daniel Padilla and Kathryn Bernardo showed their support to their friends, real-life couple Gabbi Garcia and Khalil Ramos as they attended the premiere night of their movie ‘LSS’.

In photos shared on social media, Kathryn and Daniel were all smiles as they were greeted by Gabbi and Khalil upon arriving at the venue.

Gabbi Garcia goes hiking with Khalil Ramos on his birthday, calls him “partner”

‘LSS’ is an official entry in the Pista ng Pelikulang Pilipino (PPP).