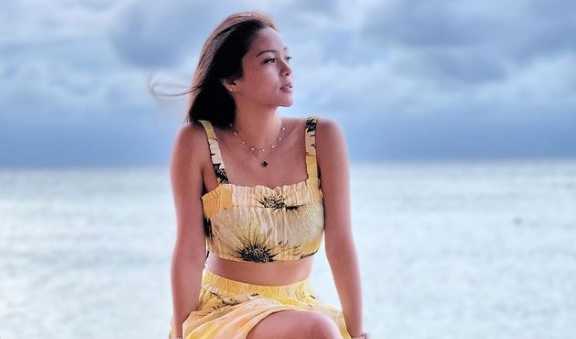 Fans and followers of Kapamilya star Kim Chiu can’t help but relate over the video that she shared on her social media account.

In her Instagram account, Kim posted a short video of her taken when she had a vacation abroad. In the said video, Kim was seen being emotional as she was able to witness the famous fireworks display of Disney World.

According to Kim, she felt mixed emotions upon seeing the said magical moment. Kim also clarified that she is not undergoing something but she can’t help but be emotional at that time.

“ “Anything is possible… for you are the MAGIC.”✨❤️ #DisneyWorld

Never thought that I would cry watching the fireworks display at Disney World. Indeed the most magical place on earth. Mixed emotions. Its like a fairy Godmother is telling me that anything is possible and everything will be alright. Wala naman akong mabigat na pinagdadaanan pero nakaka iyak lang. bakit ganun. hahahhaha 😅 ang sarap umiyak sa Disney!😅 hahaha” Kim wrote in the caption.

The said short video that Kim has shared caught the attention of netizens as it went viral and reached more than 364,000 views as of writing. Here are some of the comments from the netizens:

– “I also cried while watching that magical disney fireworks!!!”

– “watching the fireworks display is truly magical.. nakakaiyak talaga 🥹 though watched it several times.. never miss it whenever you’re in Disney🤩”