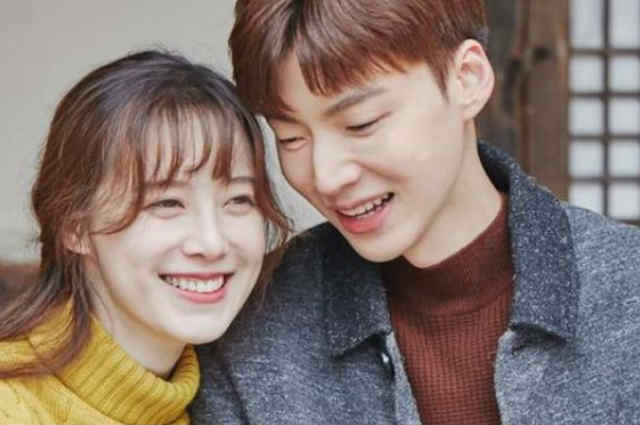 Korean couple Ku Hye Sun and Ahn Jae Hyun made it to the headlines after reports about their plan to have a divorce started circulating online.

According to a report by Soompi, Ku Hye Sun revealed that her husband started talking to other women which she allegedly saw and hear and that he kept saying that he wanted a divorce because she was “not sexy.”

Here is Ku Hye Sun full statement: “Hello. This is Ku Hye Sun. I ended up writing this message after seeing the message posted by Ahn Jae Hyun. I want to explain the part about my receiving the settlement money. The donation part of the settlement amount. This is referring to the full amount we donated instead of holding a wedding, and because all of that was paid for by Ku Hye Sun, I asked for half of the amount back. The interior decorations for Ahn Jae Hyun’s current home were also paid for by Ku Hye Sun, and because Ku Hye Sun was the one who did 100% of the housework, I demanded and received 30,000 won [approximately $25] a day in labor wages for the past three years… this was not a divorce settlement amount.

Because one of my dogs passed away, I became depressed first, and it was me who introduced my husband to the psychiatrist that I had seen in the past. After gradually recovering, my husband started enjoying alcohol, and I saw him talking to women over the phone while drunk with my own two eyes, and I heard it with my own two ears. I advised him to refrain, since it could cause misunderstandings, but we simply ended up fighting often because of it, and their confidential conversations ultimately became a domain of which I know nothing.

On my husband’s birthday, he said he wanted to eat beef-and-radish soup, so I prepared it from early in the morning, but he only had one or two spoonfuls and didn’t finish the rest. Seeing him then go out for a birthday party with other people, I knew that his heart was truly no longer in [this marriage]. Still, I was grateful to [Ahn Jae Hyun’s] mother for giving birth to him, so when I heard that she didn’t have an air conditioner, I got her one, and I also got her a washing machine and a refrigerator.

[Ahn Jae Hyun] did not move into his separate apartment for the sake of our separation; instead, I allowed him to do so because he said he wished to focus on his acting. So I had the right to enter that apartment. Apart from that, regarding the matter of my asking him for ownership of our home, [Ahn Jae Hyun] did not spend much time at home even before our separation, so I told him, “If I’m going to live alone like this, give me the house.” So he told me that he’d give me our home in Yongin if we divorced, and I agreed. Since then, my husband has been talking incessantly about divorce.

What did I do wrong? When I asked, he told me that I’m not sexy, and my husband kept saying that he wanted to divorce me no matter what because I have unsexy nipples. Even while we were living together, my husband sometimes loudly played YouTube broadcasts that men in a marriage rut might listen to before falling asleep… I was a ghost that lived in our home.

The woman you once loved so much has become a zombie. Even now.”

Ahn Jae Hyun earlier released his statement, saying that the reason for their divorce was that the were “unable to reconcile our differences.”