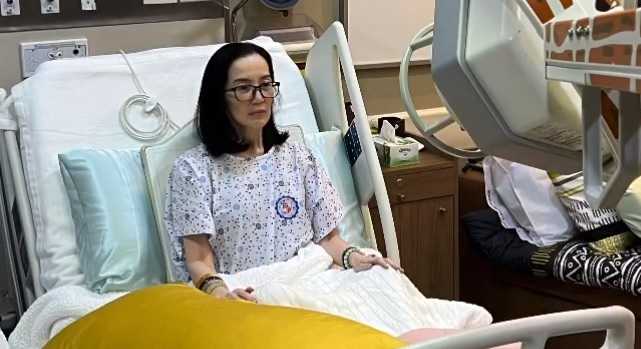 Actress and TV host Kris Aquino has been diagnosed with two additional autoimmune diseases since leaving for the US to seek treatment for the two that were previously known, said her sister, Maria Elena “Ballsy” Aquino.

In a Zoom interview with non-governmental organization Banyuhay Aotearoa, Ballsy shared that there are times when Kris feels that she was about to give up, but her two sons – Kuya Joshua and Bimby are the reasons why Kris is fighting and still has to fight.

“She has been in good spirits and she says that there are times–well because there was a time she was really feeling that she was about to give up because she was having such a difficult time. But then, when she looks at the pictures of her sons or when she sees them, then she knows she still has to fight.” said Ballsy.

“Unfortunately, they are still trying to give her the right, correct treatment. She has so many allergies that all the medicines they’ve been trying haven’t been working, or maybe they did but then the side effects–they were not too happy about,” Ballsy added.

“When she left, she had two autoimmune diseases. I think now there are four,” Ballsy added. “She’s not even 90 pounds now, she’s like 85 or 86. For the other treatments that they want to try, she has to put on more weight. She has to get a little bit stronger.” Ballsy shared.