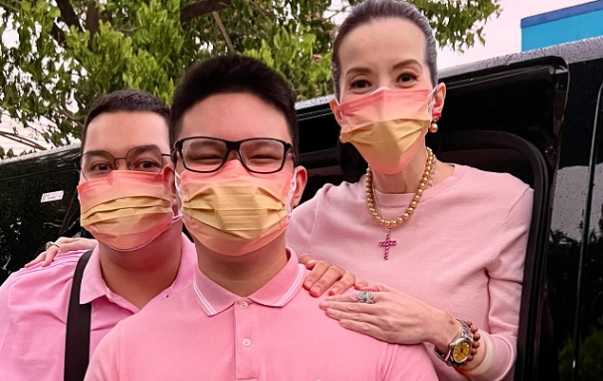 Actress and TV host Kris Aquino revealed that she will be staying in abroad for more than a year due to her medical treatments.

In Kapamilya star Regine Velasquez’s Instagram account, she posted several photos of the gifts that she received on her 52nd birthday. Regine also expressed her gratitude to those who greeted her on her special day.

“Thank you again everyone for remembering my birthday love you guys 💖💖💖💖💖💖” Regine wrote in the caption.

In the comment section, Kris told Regine that she prepared a ‘Thank You Gift’ for her and her husband, Kapamilya star Ogie Alcasid. Kris also apologized to Regine for greeting her ‘late’ on her special day. Later on, Kris revealed that she is set to leave the Philippines for the meantime as they will be staying in abroad for more than a year for her medical treatments.

“May hinanda akong THANK YOU from our family for you & pareng Ogie- honestly i need to ask my sisters if it ever reached you- because alvin (your #1 fan) took care of everything- he’s on leave now because his mom is in the hospital.

Mare sorry if my greeting is late- we leave in a few days and we’ll be gone for more than a year for my medical treatments. Medyo overwhelming. Thank you dumalaw si Jas & Darla and they told me sobrang consistent kayo ni Pare asking kung kamusta ako.” Kris commented on Regine’s post.