Kris Bernal heartbroken over damaged cosmetics that she shipped in UK 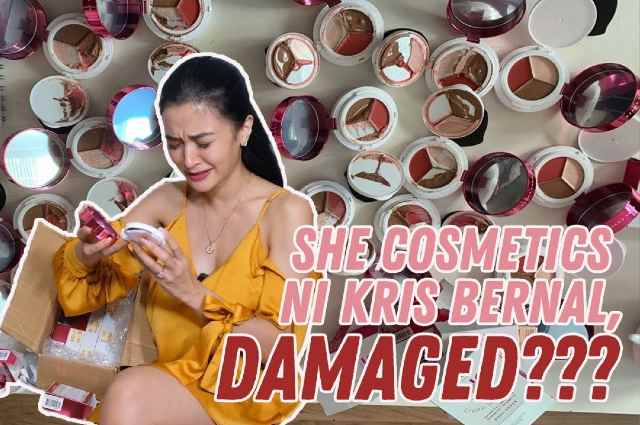 Actress Kris Bernal expressed sadness and frustration over the damaged cosmetics that she shipped to United Kingdom. It was recalled that Kris owned a make-up line called ‘SHE Cosmetics Philippines’.

Kris narrated what happened when she shipped the products to UK. Kris also shared that it was the first time that all her shipped products were damaged. Kris also shared “mahal sheezams mag produce ng cosmetics I tell you. Just this one product ang mahal mahal na. And considering how many pieces yung pinagawa ko, netong cushion. I’ll be honest, millions of money ang nilabas ko just for this cushion. Ang sakit sakit makita pag may ganitong piece na nasira.”