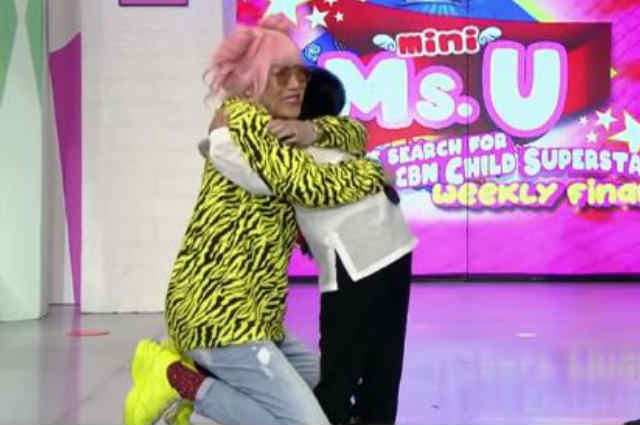 After a ‘Valentine Break’ with Ion Perez, Vice Ganda had a surprise comeback for the Showtime Child star ‘Yorme’ (Aaron Sunga), who missed the star on a Saturday episode of the Kapamilya Noontime show.

The superstar comedian rushes to the show’s studio after having a clearance from the station’s clinic for being out for several days, Vice shocked the child star on the early comeback.

Aside from the child star, fans are delighted as well seeing the comedian surprisingly after his absence in the opening part of the show.

In the episode, Vice admitted that he watched the show even he is away because he miss ‘Yorme’ and the ‘Showtime’ family as well.