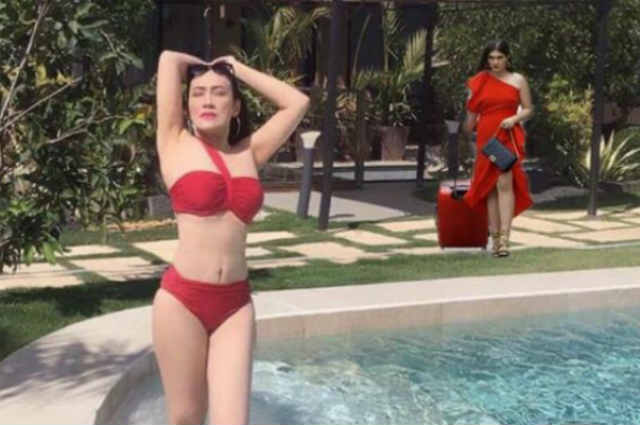 In her Instagram account, Ai Ai posted a photo of her in her sexy swimsuit with Daniela’s character played by Dimples Romana together with her famous red luggage was seen in the background.

WATCH: Regine Velasquez gets a taste of Daniela Mondragon’s slap

‘Kadenang Ginto’ first aired on ABS-CBN last October 2018 and has since become one of the most watched television shows.