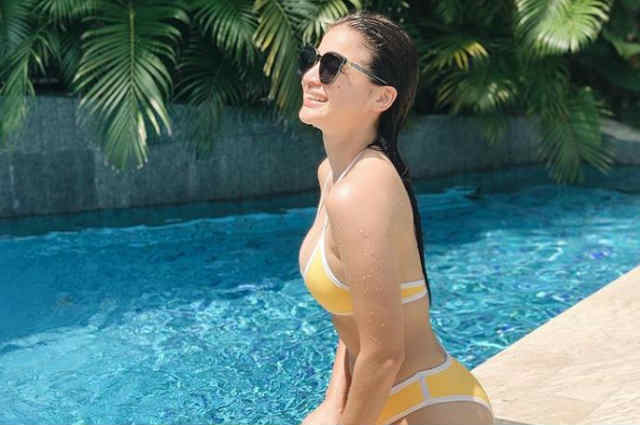 Kapamilya actress and host Anne Curtis has been gaining attention on social media after she shared a photo of her while flaunting her slimmer figure during her swimming session.

In her Instagram account, Anne posted a stunning photo of her in her yellow and white swimsuit which has been flooded with comments from netizens.

Erwan Heussaff on Anne Curtis and Marco Gumabao’s sweet photo: “I leave for one day and this happens already???”

Finally some Vitamin D and a quick swim sesh for workout number 2 today before work! See you all at 4pm at Fisher Mall Malabon and Lucky Chinatown at 6pm for the #JustAStranger Mall Tour ☀️ Wearing super cute bikini from @hotropic 👙 Thanks love @danitapaner 💋

As of writing, Anne’s bikini photo already gained over 465K likes and over 1K comments.

Anne has been sharing photos and videos of her workout sessions, often with her work out buddy, actress Isabella Daza who is also under the same fitness instructor.

It can be remembered that Anne received some body-shaming comments and ‘pregnant’ remarks after she gained some weight last year. Her sister-in-law Solenn Heussaff then came to the rescue and defended her from negative remarks about her weight.

Meanwhile, Anne is starring in the movie ‘Just A Stranger’ where she was paired with actor Marco Gumabao.