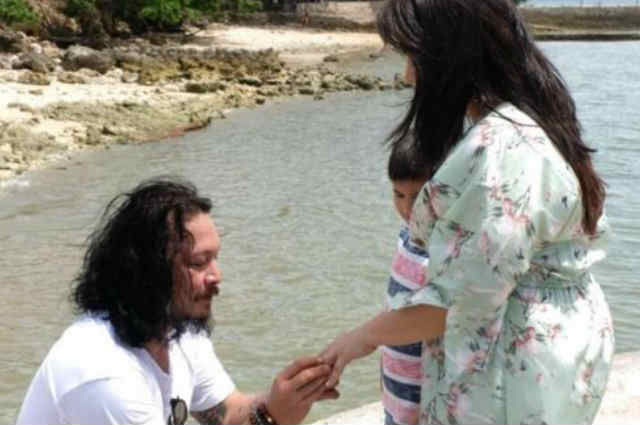 Actor Baron Geisler is ready to settle down with his non-showbiz girlfriend Jamie Evangelista after he proposed to her during their trip in Cebu.

In a Facebook post, Baron was seen kneeling in front of Jamie while holding a ring during what was supposed to be a simple birthday surprise as their family and friends witnessed the touching proposal.

To the surprise of the whole
Team & the bride, what she thought was a simple birthday surprise turned out to be a heartwarming official proposal from Baron ❤️