LOOK: Did Claudine Barretto post photos with her new baby? 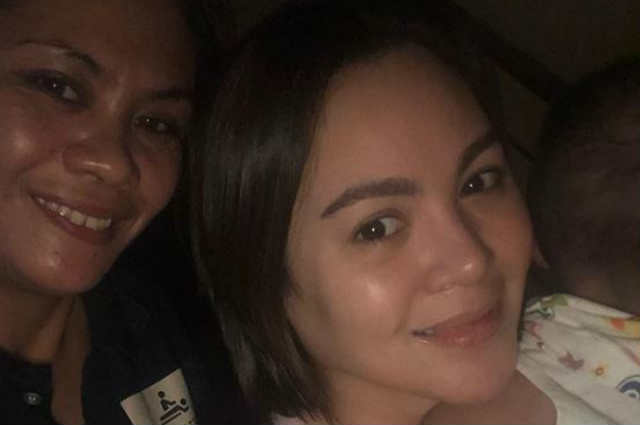 Actress Claudine Barretto delighted her fans as she shared a photo of her with the newest addition to her growing family on her Instagram account.

In her post, Claudine shared a photo of her while carrying an infant with a massage practitioner as she took some relaxing time after taking care of her baby.

Does Claudine Barretto have a new adopted baby?

While speculations about Claudine’s 4th adopted baby have been making rounds online, the actress has responded to comments from netizens, asking if the infant was her newly adopted baby with the emojis, “😘❤️🙏”.

Claudine has been giving hints about her new baby after she earlier posted a photo of her while holding an infant’s hand with the caption: “I will luv u forever.”

She also shared a photo of her daughter Saab with an artwork showing four kids as member of their family with the name ‘Noah’.