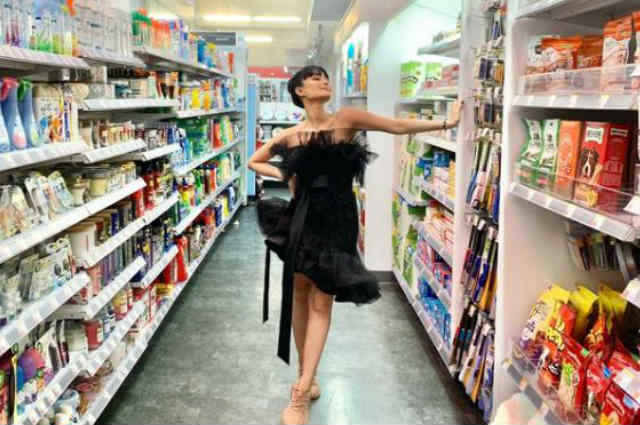 Kapuso actress and entrepreneur Heart Evangelista has once again drew attention online after she shared a photo of her on Twitter while flaunting her eye-catching ‘outfit of the day’ or OOTD at the grocery.

It can be remembered that Heart went viral on social media after she shared a video of her while showing off her ruffled blue dress OOTD as she was on her way to the grocery to buy corned beef.

In her Twitter post, Heart shared a photo of her while flashing her fab pose at the grocery in her edgy black dress and a pair of sneakers and wrote in the caption: “I made it! Thank you #markbumgarner 😂 #grocerydiaries”

Heart’s Twitter post has since become viral and gained various reactions from netizens who gushed over her photo.

One user meanwhile tagged heart as the “Queen of OOTD, Queen of travels, Queen of grocery diaries.”