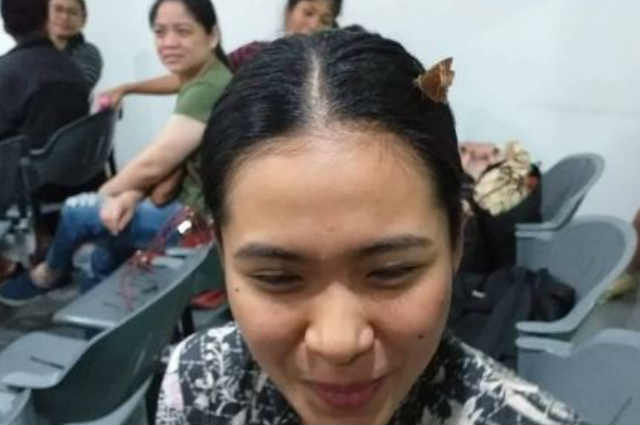 More than a week after exiting the Big Brother house, former ‘Pinoy Big Brother: Otso’ housemate Lou Yanong granted a request of a fan who passed away and was not able to see her.

In a Facebook post, a netizen shared a photo of Lou with a small butterfly on her head and thanked the former PBB housemate for visiting his late loved one.

WATCH: Lou Yanong and Andre Brouillette get uncomfortable while watching their controversial kiss

Lou then received thank you messages from her fans loved ones as one user commented: “Thank you Lou Yanong sobra mo pinasaya Ang ate ko 😘😘😘”

During the PBB Big Night earlier this month, Lou was hailed as the third big placer while her batch mate Yamyam Gucong was named as Big Winner.