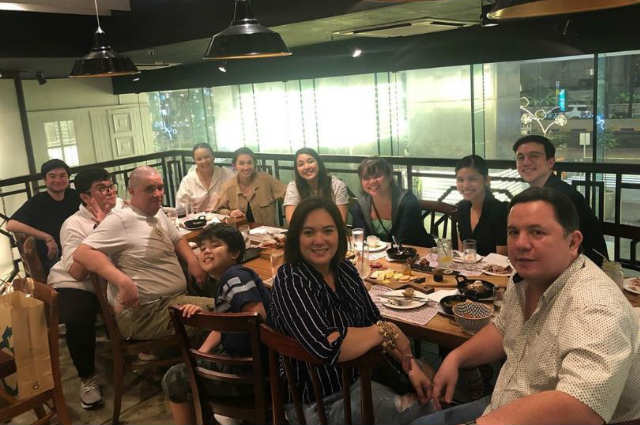 Amid not directly confirming their relationship. phenomenal star Maine Mendoza and Arjo Atayde have been spotted hanging out together in different trips in and out of the country which have been sparking speculations about the real score between them.

However, in a recent post shared by Arjo’s mother Sylvia Sanchez on Instagram, Maine took some time to bond with the actor’s family as she had dinner with them at a restaurant.

While some netizens expressed their joy seeing Maine bonding with Arjo and his family, others were not pleased by the photos and even accused Sylvia of editing the post.

Sylvia however responded to netizens’ accusations and insisted that Maine was with them as she wrote in response to a Twitter user: “Check! Podium las flores 8:30pm last sunday, goodluck😍”

Sylvia earlier expressed her approval of Maine and Arjo’s rumored relationship as she said in her previous interview with Philstar: “The whole time, ang gaan ng feeling ko sa kanya. We were at the (dining) table for more than four hours. Hindi ko naramdaman na, ‘Hey, I am Maine Mendoza; sikat ako!’ Nothing like that. She introduced herself as Nicomaine Mendoza, her real name, so it meant that she was there not as Maine Mendoza the star but Nicomaine Mendoza the private person. She was nice even to our kasambahay when Arjo introduced her to them.”