LOOK: Marjorie Barretto go on a dinner date with her kids 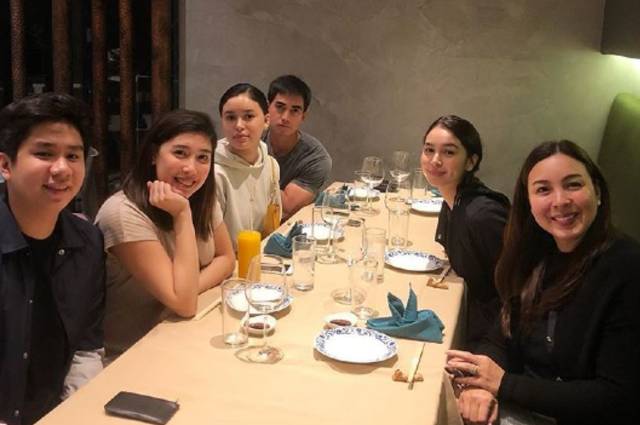 Amid all the controversy involving her daughter Julia Barretto, Marjorie Barretto managed to spend time with her kids as they went on a dinner date together.

In her recent Instagram post, Marjorie shared a photo of her together with her daughter Julia, Dannie Barretto and her husband Xavi Panlilio, and Claudia Barretto with her boyfriend Basti Lorenzo.

Marjorie Barretto thankful to family for the love and support

Marjorie wrote in the caption: “My dinner date with the kids❤️❤️❤️”

My dinner date with the kids❤️❤️❤️

It can be remembered that Marjorie had defended her daughter Julia from accusations being thrown at her, mentioning how she would take legal action against people spreading false information about young actress.

Julia has been tagged as the reason of Gerald Anderson and Bea Alonzo’s rumored break up. In an Instagram post, Julia has released her statement regarding the issue and denied her involvement in Gerald and Bea’s rumored split.

She also accused Bea of ‘bullying’ and ‘playing the victim’ for liking “harmless” Instagram posts “which resulted to the outrage of insults” against her.

Bea earlier revealed in an interview that she had no formal break up with Gerald and he actor “just started not talking” to her. Gerald meanwhile insisted that there was no third party involved in their break up.