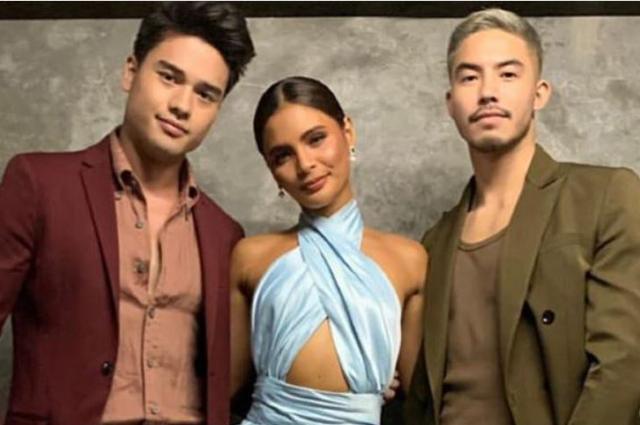 “Hindi Tayo Pwede” who carried the international title “Once Before” became the top trending movie on Netflix Philippines. The said movie was written by Ricky Lee and directed by Joel Lamangan.

Kapuso star Lovi Poe posted a photo of her together with her co-actors, Tony Labrusca and Marco Gumabao in her Instagram account. It was taken during the red carpet premiere of their movie, “Hindi Tayo Pwede”.

Netizens and fellow celebrities expressed their support as they sent congratulatory messages in the comment section.