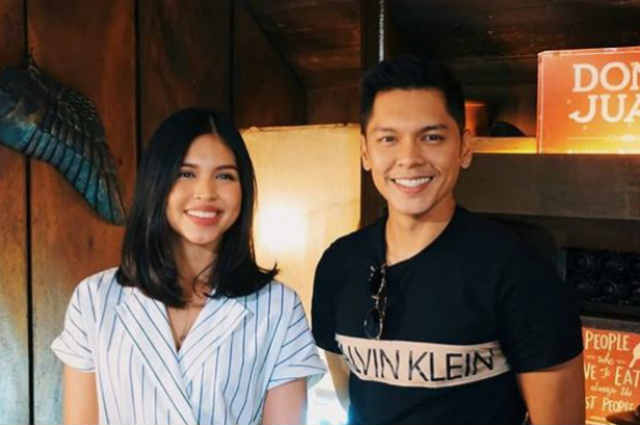 In his Instagram stories, Carlo shared a photo of his new leading lady as they start filming the movie ‘Isa Pa With Feelings’ under ABS-CBN production outfit Black Sheep.

Maine Mendoza on doing a kissing scene with Carlo Aquino: “Why not?”

Maine Mendoza to star in an upcoming film with Carlo Aquino

Carlo also shared a photo of their director Prime Cruz who has also been sharing updates about the upcoming film which will mark the actor’s first team up with Maine.

Last June, Maine and Carlo were announced as the newest team up for the said film which will also be in collaboration with APT Entertainment which produces the longest running noon time show ‘Eat Bulaga’.

Maine, on the other hand, starred in the 2018 Metro Manila film Festival entry ‘Jack Em Popoy: The Puliscredibles’. She will also be starring in this year’s MMFF entry ‘Mission Unstapabol: The Don Identity’ with Vic Sotto.