Marcelito Pomoy is ‘America’s Got Talent: The Champions’ 3rd runner-up 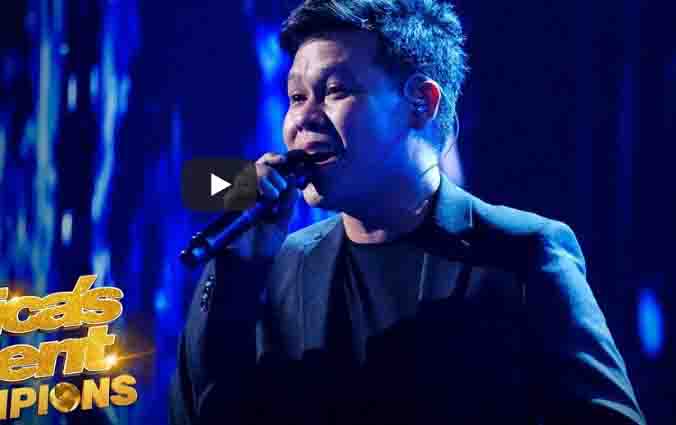 Philippine bet for the “America’s Got Talent” Marcelito Pomoy ended his journey with the said talent show by landing third runner-up. AGT host Terry Crews made the announcement to an obviously shocked audience.

For his part, Marcelito through his wife thanked the judges and AGT for the enormous opportunity it has given him.

“He just wanted to say thank you so much for everybody. This is such a big opportunity for him. Thank you so much.” said Marcelito as translated by his wife.

Judge Heidi Klum has this to say for Marcelito: “Marcelito, I love you so much. You have the most beautiful voices inside of you. You are a champion and thank you so much for sharing your talent with us.”