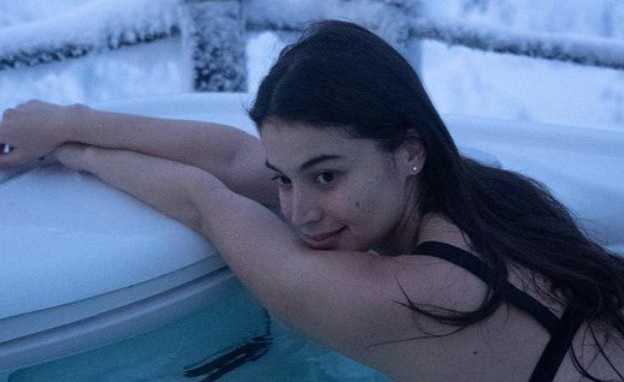 Fans and fellow celebrities of Kapamilya star Anne Curtis were wowed an in awe over the photos that she shared on her social media account.

In her Instagram account, Anne posted two mesmerizing photos of her. In the said photos, Anne was seen in what looked like a tub as she was looking at a scenic ‘snowy’ view. According to Anne, the said potos were taken by her husband, entrepreneur and social media personality Erwan Heussaff.

The said photos that Anne has shared captured the hearts of netizens and her fellow celebrities as it went viral. Here are some of the comments from the netizens:

– “I wonder how you’re able to still be this pretty, chill, and calm amidst the cold!!!! 😍❄️ (+ super hottie amidst the coldness, ate @annecurtissmith )”