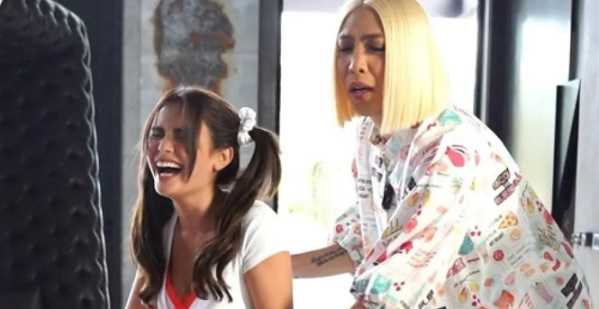 Actress and vlogger Ivana Alawi entertained her fans and followers over her YouTube collaboration with Kapamilya star Vice Ganda.

In her latest YouTube vlog, Ivana featured Vice as he became her ‘mommy for a day’. The said vlog was taken when Ivana visited Vice at his house. During the vlog, Ivana and Vice clearly had a great time as they spent quality time together.

Before the end of the vlog, Ivana expressed her gratitude to Vice for spending time with her. Later on, Vice hinted that they might have a movie soon as he said:

The said YouTube collab of Ivana and Vice caught the attention of netizens as reached more than 1.4 million views as of writing. Here are some of the comments from the netizens:

– “my two fav artist/vlogger in one frame😭❤ napasarap nanaman ang kain ko while watching you two . labyu both! ❤”

– “One thing they have in common: They have so much love for their moms. 💯❤️”

– “wow ang galing😍 naka tawa lang ako from the start till the end, nag sama ang mga magagaling at mahuhusay na artista. beautiful inside and out. sana may susunod pah.😍”