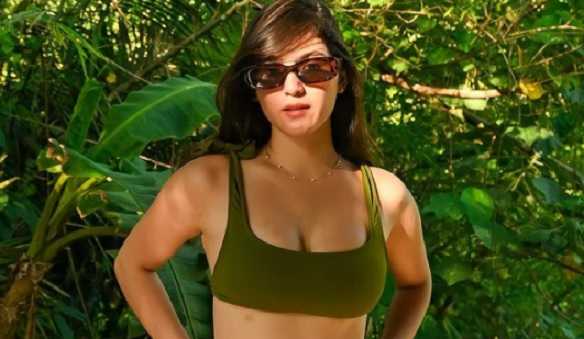 Fans and followers of actress Barbie Imperial expressed mixed reactions over the photo that she shared on her social media account.

In her Instagram account, Barbie posted a stunning photo of her. In the said photo, Barbie showed off her stunning body figure as she was seen wearing a two piece swimsuit. Barbie also embraced her ‘hip dips’ in the said photo. The said photo came after the breakup rumors of her with her boyfriend, actor Diego Loyzaga has resurfaced online.

“i think hip dips are ok 😋🤍” Barbie simply wrote in the caption.

The said photo that Barbie has shared caught the attention of netizens as it went viral. Many netizens expressed their admiration to Barbie. However, some netizens can’t help but comment regarding the breakup rumors of her and Diego.

Here are some of the comments from the netizens:

– “@msbarbieimperial I like you and Diego a lot. I never admire local celebrity couple until you two. Whatever it is you guys are going through, I pray and hope that your love for each other negates pride. Relationship requires work and there’s no perfect partner. You just have to pick who you are willing to put up with. 🖤🙏🏼”