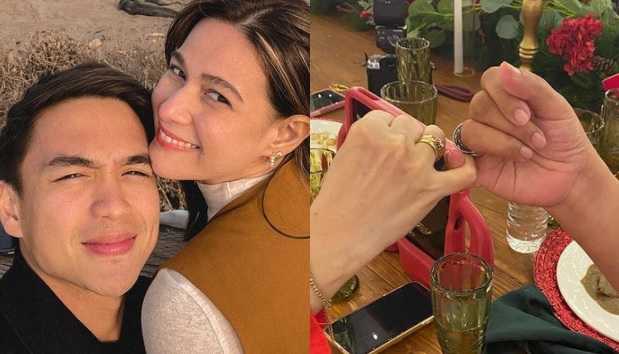 It can be recalled that Dominic and his family celebrated Christmas with actress Bea Alonzo and her family at the latter’s farm in Zambales.

In a series of posts in Lena’s Instagram account, she shared several photos taken during their Christmas celebration. In one of her posts, Lena shared a photo of her with Bea’s mother, Mary Anne where they appeared to be doing a ‘pinky promise’.

The said photo that Lena has shared caught the attention of netizens as it went viral. Netizens can’t help but speculate that the said post has something to do with the future of Bea and Dominic’s relationship. Here are some of the comments from the netizens:

– “❤️❤️❤️❤️❤️pamamanhikan na yata ,, mukhang bell is ringing na po ,, if ever yan we beadom fans are so much happy”