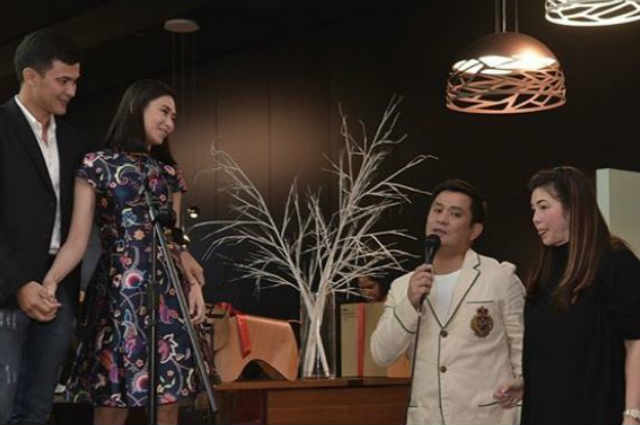 Couple Regine Velasquez and Ogie Alcasid just had one of the most memorable anniversaries as they got to celebrate their 9th year of being married together with their loved ones and friends in a surprise party prepared by the male singer and songwriter for his wife.

On Instagram, Ogie shared photos and videos taken during his surprise party for Regine which was attended by celebrities including megastar Sharon Cuneta, Christian Bautista, and engaged couple Sarah Geronimo and Matteo Guidicelli among others.

He then shared their “kilig” moment with Sarah and Matteo as the couple performed together on stage for him and Regine.

Last November, Matteo announced his engagement with Sarah in an Instagram post as he shared a photo of him with the popstar royalty who was wearing her engagement ring.

Matteo wrote in the post’s caption: “I love you my love, now and forever. ❤️”

Meanwhile, Sarah and Regine are set to have a concert titled ‘Unified’ in February 2020 at the Araneta Coliseum.