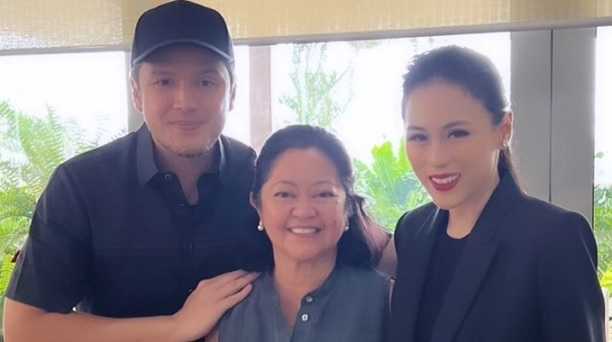 Direk Paul Soriano thanked their ‘ninang’ First Lady Liza Araneta-Marcos for treating him and wife Toni Gonzaga for lunch. Given their respective hectic schedules, finding time to be together definitely is a treat for all three of them.

The first State of the Nation Address of President Bongbong was also directed by Direk Paul.

On Twitter, Direk Paul posted a photo showing him, Toni and First Lady Liza with the following caption: