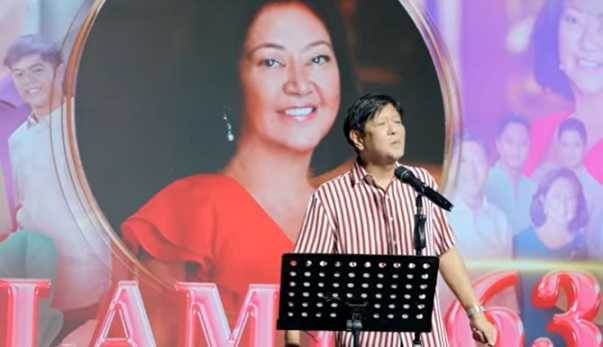 President Bongbong Marcos shared a glimpse of how he together with his loved ones surprised his wife, first lady Liza Araneta Marcos on her 63rd birthday.

In a short video that was posted on his YouTube channel, President Bongbong showed how they celebrated the special day of his wife, Liza. It appeared that President Bongbong together with their loved ones prepared a surprise birthday party for Liza.

In the said video, their son, Ilocos Norte 1st District Representative Sandro Marcos was seen sharing a message to their visitors as he presented a video for her mom which appeared to be a ‘remake’ of her favorite song.

Later on, President Bongbong also shared his heart-warming message for his wife.

“To my beloved wife, words have already been said as to how valuable she is as a person and how remarkable she really is. Sometimes its really hard to believe that she did me a favor of marrying me.” President Bongbong shared.

President Bongbong also showcased his singing skills as he serenaded his wife in front of their loved ones and guests by singing “Never Let Her Slip Away.”