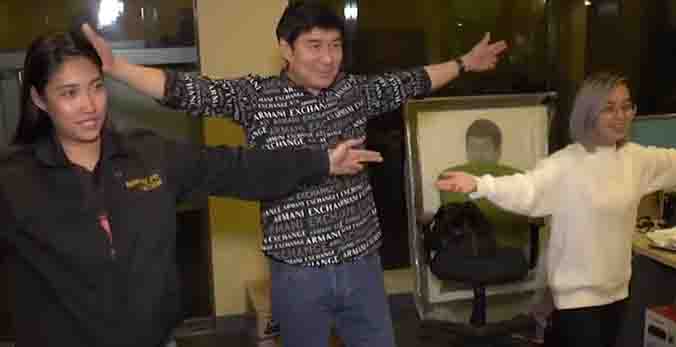 Raffy Tulfo is known as a person who is tough and will fight for those who were bullied and taken advantage of. But Raffy also has a soft side – he loves people specially those who cannot defend themselves.

But aside from that, Raffy can also have fun and one those that went viral was when a video was released showing him dancing to the tune of “Tala” popularized by Sarah Geronimo. Raffy aked two of his collegues to teach them how to dance ‘Tala’ and tried his best to learn it.