Ricci Rivero believes Andrea Brillantes is “the one” 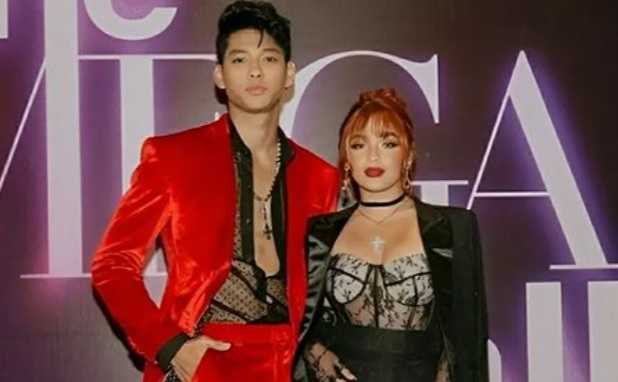 Basketball star Ricci Rivero shared that he firmly believed that actress Andrea Brillantes is the one for him. Ricci and Andrea announced their relationship via a proposal made by Ricci after a basketball game.

The video of the said proposal went viral as Andrea was with the spectators when Ricci popped out the question if she could be his girlfriend.

Andrea was made to choose between two basketball tshirts with the words ‘Yes’ and ‘No’ printed on two shirts, while Ricci was making his proposal publicly using the venue’s microphone.

In an interview with King of Talk Boy Abunda, Ricci detailed when went on during the said public proposal.

When asked if Andrea is the one, Ricci said “I think, tito Boy, yes.”