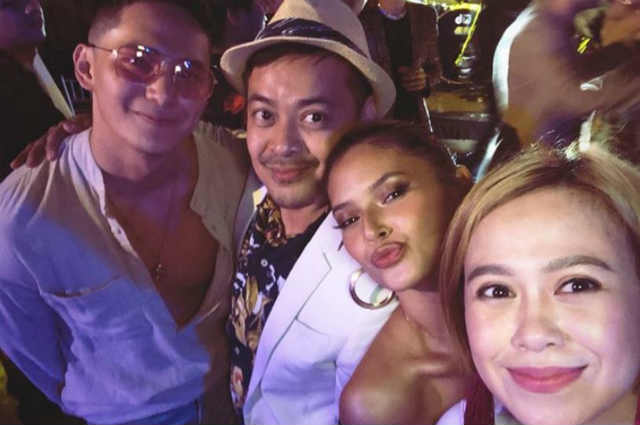 Rumored couple Bianca Umali and Ruru Madrid have been making it to the headlines after reports about their alleged tension at the parking lot of a mall started circulating online.

As reported by Pep, the said incident supposedly took place after the premiere night of the actor’s movie ‘Cara X Jagger’ with Jasmine Curtis-Smith where Bianca allegedly pushed Ruru out of jealousy and hurriedly drove her car away which almost hit the actor.

Ruru and Bianca have been rumored to be in a relationship bur neither of the two confirmed the reports amid being spotted together during trips inside and outside the country.

Amid the reports, Bianca and Ruru were spotted together at the GMA thanksgiving party and were all smiles as they posed with GMA reporters Nelson Canlas and Aubrey Carampel.

Aubrey also shared a photo of her with Bianca, Ruru, and Nelson in her Instagram stories with the caption: “Love ko kayo @rurumadrid8 @bianxa Ok pati na rin si @nelsoncanlas”