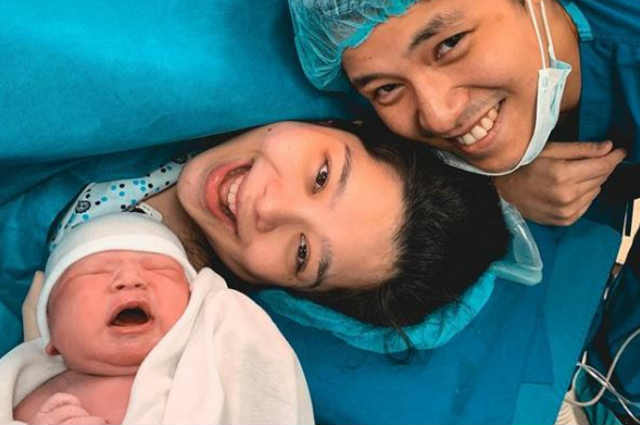 Saab Magalona, the daughter of Pia Magalona and late master rapper Francis Magalona, has given birth to her second child with her husband Jim Bacarro.

On her Instagram account, Saab shared a photo of her with Jim and their baby Vito shortly after she gave birth and proudly introduced her son on social media.

Other celebrities who sent their congratulations to the couple were Dingdong Dantes, Anne Curtis, Solenn Heussaff who is pregnant with her first baby, Dani Barretto who also recently gave birth to her baby, Ryan Agoncillo, and Iya Villania among others.

Jim and Saab tied the knot last 2015. The couple were supposed to have twins during Saab’s first pregnancy but only one of the pair, their son Pancho, survived and is now one year old.