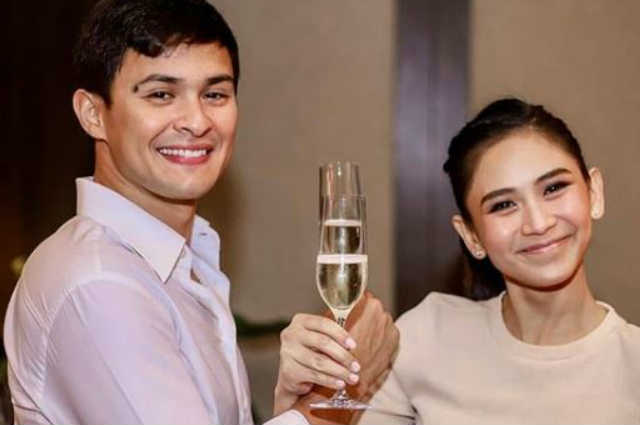 Sarah Geronimo kept mum about the secret wedding with Matteo Guidicelli. She did not answer the press who asked her for a statement on the event that happened on the 20th of February wherein a huge chaos happened between her mommy Divine and the newly-wed.

She was back on the taping of ‘The Voice’ Teens contest and it seemed like it was a normal day with the other coaches. At the back stage, she was confronted by the media to air her side, but she kept her silence by answering: “Okay napo ‘yun. Pasensiya na. Sorry!”

Lea Salonga, her co-coach in the said program that none of them knew of the secret wedding that will happen on that day but expressed her happiness for her. It was a hot topic that Columnist, Ricky Lo wrote on that day that the two will get marry anytime on the said date.