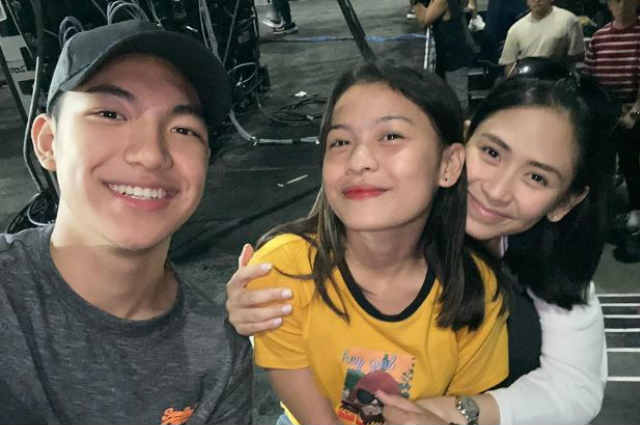 Young singers Lyca Gairanod and Darren Espanto had the chance to spend time with their ‘The Voice’ coach, popstar royalty Sarah Geronimo as the three of them reunited during the ABs-CBN Christmas special held at the Araneta Coliseum.

In photos shared by Lyca on her Instagram account, she together with Sarah and Darren were all smiles during their mini reunion before the show began.

Lyca then congratulated her ‘The Voice’ coach over her engagement with boyfriend Matteo Guidicelli and wrote in the caption: “With ate congrats po @justsarahgph @darrenespanto #teamsarah 😊”

Netizens expressed their delight over the reunion of Sarah and her ‘The Voice’ babies as one user commented: “Ang gwapo at gnda nmn..team sarah is the best..😘😘”

Another netizen commented: “Happy to see the reunion, teamsarah”

Lyca and Darren were from the same batch of ‘The Voice Kids’ under Team Sarah last 2014. Lyca was later named as the champion of the said batch.