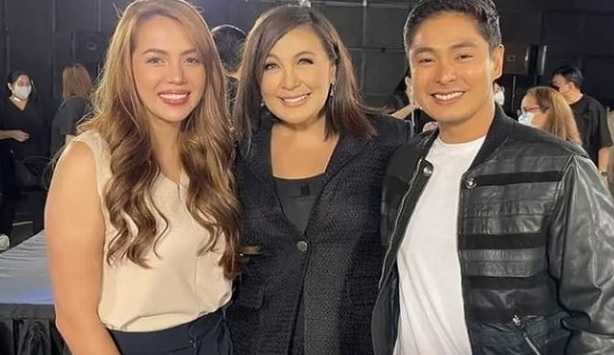 In her Instagram account, Sharon posted several photos. In the said photos Sharon was seen with actor Tirso Cruz III and Director Malu Sevilla. It appeared that Sharon is set to start her taping for her role in the said long running action-drama series.

Sharon also expressed her happiness to portray a role in ‘Ang Probinsya’ as she also shared her wish on the said series.

“With my Kuya Pippo @tirsocruziii and my first Director in FPJ’s ANG PROBINSYANO, Malu Sevilla @malusevilla !!! We are such a happy family here. Where has this show been all my life?!! I wish I could’ve joined it sooner but what I will do is thank the good Lord for bringing this show to me and making me a part of it!!!