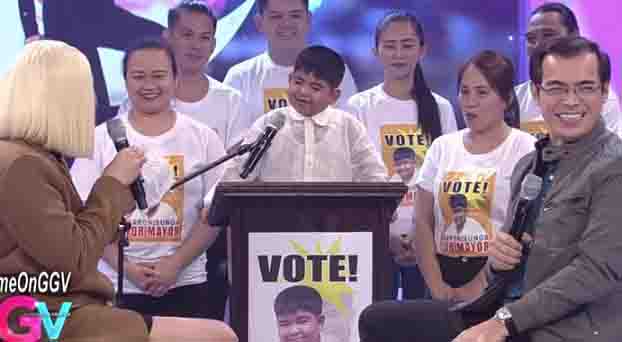 Six year old Aaron Sunga from Bataan got his early Christmas gift after meeting Manila Mayor Isko Moreno during their guesting on “Gandang Gabi Vice.” Aaron is an aspiring mayor who one day wants to serve the people of Bataan.

Aaron displayed his intelligence in answering the questions asked by both Vice Ganda and Mayor Isko.

There was a part of the program where Aaron even challenged Isko to a dance showdown:

Not only did Aaron got to dance with Mayor Isko, he was able to received a new bike from Vice and a PhP 5,000.00 Christmas shopping allowance from Mayor Isko.