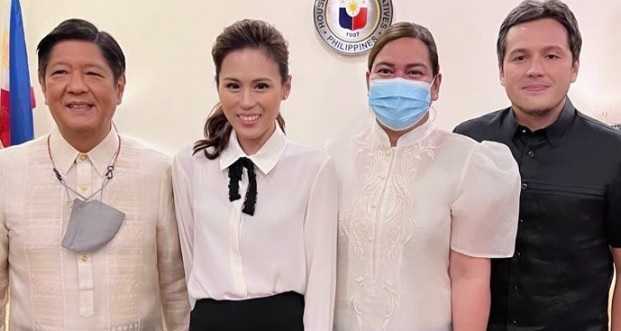 Toni was one of the celebrities who threw her all out support to BBM while Direk Paul directed BBM’s video ads.

Toni and Direk Paul joined BBM and Sara inside the holding room in Batasang Pambansa prior to the proclamation proper at the plenary hall.

On Twitter, Paul posted some photos with the following caption:

“The 17th President of the Republic of the Philippines @bongbongmarcos”

The 17th President of the Republic of the Philippines @bongbongmarcos pic.twitter.com/3uhki0l6ys