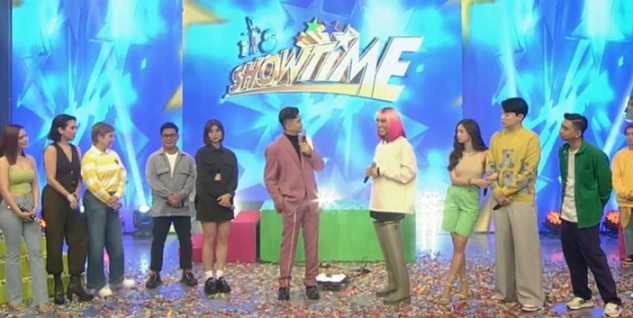 Actor TV Host Vhong Navarro returned to “It’s Showtime” after months of being away from the noontime show due to personal challenges.

Vhong took a leave of absence to addressed the rape allegations filed against him.

Fans and followers of It’s Showtime were happy and excited to see Vhong on the set with the rest of the program’s family led by Vice Ganda, Anne Curtis, Karylle, Amy Perez, Ogie Alcasid, Ryan Bang, Ion Perez, and more.

Vhong said it took him awhile to return for he had to processed everything that he went through. He also admitted that while he was in custody, he can’t watch the TV program for it adds burden and sadness to him.