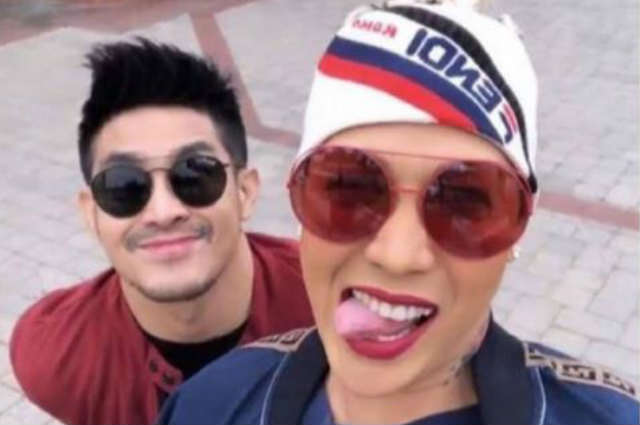 ‘It’s Showtime host’ Vice Ganda and ‘kuya escort’ Ion Perez have not confirmed being in a relation amid rumors but speculations sparked even more after the two shared sweet Instagram posts for each other which gained ‘monthsary’ greetings from their gushing celebrity friends.

In his Instagram post, Vice shared a sweet photo of him with Ion taken during the Star Magic All-star Games alongside a sweet caption.

Are wedding bells around the corner for Ion Perez and Vice Ganda?

He wrote: “Everybody deserves to love and be happy. Everybody includes YOU and ME.

The post then gained comments from celebrities including Vice’s ‘It’s Showtime’ co-hosts.

However, what drew netizens’ attention was Ryan Bang’s comment which seemingly confirmed Vice and Ion’s relationship.

Everybody deserves to love and be happy. Everybody includes YOU and ME.

Despite not directly confirming their relationship, Vice earlier posted a tweet in response to a netizen who made a post about him and Ion.