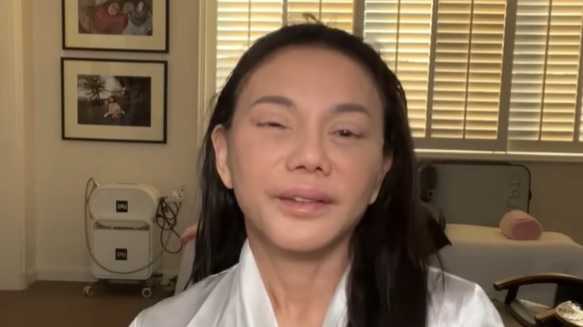 Celebrity doctor and doctor to the stars Vicki Belo wowed her fans and followers over the video that she shared on her social media account.

In her Instagram account, Vicki posted a raw and stunning video of her. At the beginning of the said video, Vicki proudly showed off to her fans and followers her no makeup look. Vicki was seen with her bare face and she is only wearing a robe.

Later on, Vicki showed off her glammed up look as she was seen stunning with her simple makeup. Vicki also looked gorgeous with her black gown. It appeared that the said video was taken when she attended the launch of Vogue Philippines.

“off to do some dishes … 😜 see you soon #vougephilippines !” Vicki simply wrote in the caption.

The said transition video of Vicki captured the hearts of netizens as it went viral. Netizens expressed their admiration as they commented:

– “Wow!!😮😮 You are so beautiful my favorite doctora! I love you always and forever😘😘😘”