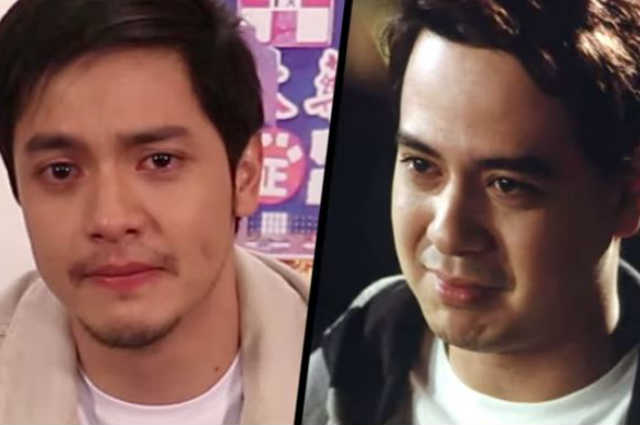 Kapuso actor Alden Richards was all up for the iconic movie line challenge as he reenacted some of the famous lines from the movies produced by Star Cinema which was also behind his blockbuster movie ‘Hello, Love, Goodbye’ together with Kathryn Bernardo.

In a video shared on YouTube, Alden was asked to reenact some of the famous lines from Star Cinema movies such as ‘One More Chance,’ ‘Bata Bata… Paano Ka Ginawa?’ and ‘You Changed My Life’ among others.

Who is Alden Richards’ leading lady in the upcoming series ‘The Gift’?

Will the Alden and Kathryn tandem be the next John Lloyd and Bea?

Is Alden Richards transferring to ABS-CBN?

Some of the lines Alden reenacted was John Lloyd’s scene in ‘One More Chance’ where he had an emotional confrontation with Bea Alonzo.

Alden showed off his version of the line: “She loved me at my worst, you had me at my best. Pero binalewala mo lang lahat ng iyon.. You chose to break my heart.”

Meanwhile, Alden and Kathryn’s movie ‘Hello, Love, Goodbye’ which is still showing in cinemas has reportedly grossed over P714M locally and internationally as of writing.