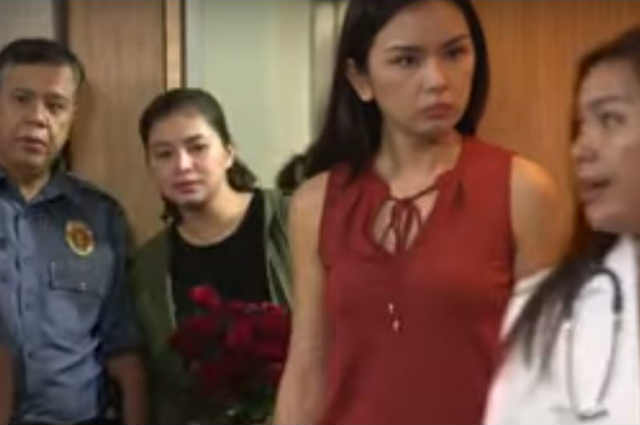 Action drama queen Angel Locsin had a pleasant surprise to fans and viewers of the hit Kapamilya series ‘Kadenang Ginto’ after she suddenly appeared in one of the scenes in the show.

In a recent episode of the series, main stars Beauty Gonzalez and Dimples Romana were having an intense scene alongside Adrian Alandy when Angel appeared on the background, seemingly looking for someone inside the hospital room.

Angel Locsin posts a reminder to all women

After getting a view inside the room, Angel who was holding a bouquet of flowers immediately walked away after seeing the cops standing by the door.

Apart from Angel, actress Bea Alonzo recently had a cameo on the same show as well.

Just recently, Dimples shared a photo of her and Angel on her Instagram account and thanked her best fried for visiting her on the set of the show.

Angel is currently starring in the Kapamilya prime time series ‘The General’s Daughter.’