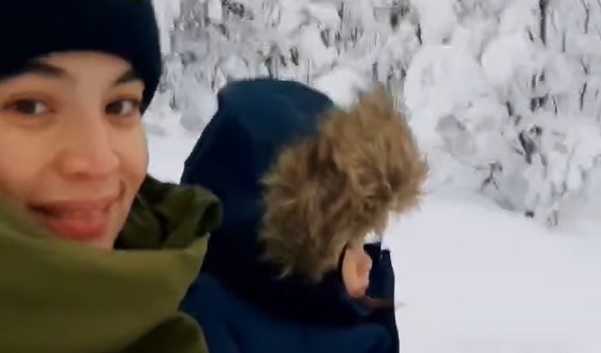 Fans and fellow celebrities of celebrity couple Anne Curtis and Erwan Heussaff were wowed and in awe over the video that Erwan has shared on his social media account.

In Erwan’s Instagram account, he posted a short mesmerizing video of him with Anne and their adorable daughter, baby Dahlia. The said video was taken when they spent quality time together as they enjoyed the magical place of Lapland, Finland. In the said video, Erwan showed to his fans and followers their dog sled ride experience.

“Heading off to work in Lapland.” Erwan simply wrote in the caption.