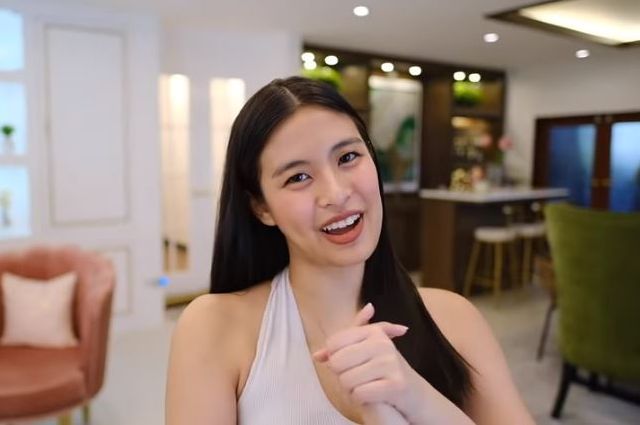 Kapuso star Gabbi Garcia shared a glimpse of their new hotel-like family house. Their new house stood in a 350 square meter property in Parañaque which they acquired in 2018.

On her recent YouTube vlog, Gabbi gave a tour to their new house to which she called “Casa Lopez”. She first showed the exterior of the house and their garden. She revealed that the garden was mainly taken care of her dad because he have a “green thumb”.

The first thing that will welcome the guests upon entering the house is the foyer. The foyer had a pink chair that was supposed to be placed on her walk-in closet but it couldn’t fit the passage way going to her closet. The house was also full of white and gold details as shared by Gabbi.

She told her parents that she wanted the dining table, dining area and the sofa to be extra special because for her – that was the main part of the house. “Green because we wanted to go for like a tropical glam kind of feel in our house but its not to glam and not to tropical at the same time. balance lang” added by Gabbi.

She revealed that she was the one who suggested the bar area because she love entertaining people and having her friends over. Gabbi also showed their powder room, hallway to which they planned to have a photo walk, studio, laundry area, Dad’s man cave, and also her sister’s music studio.