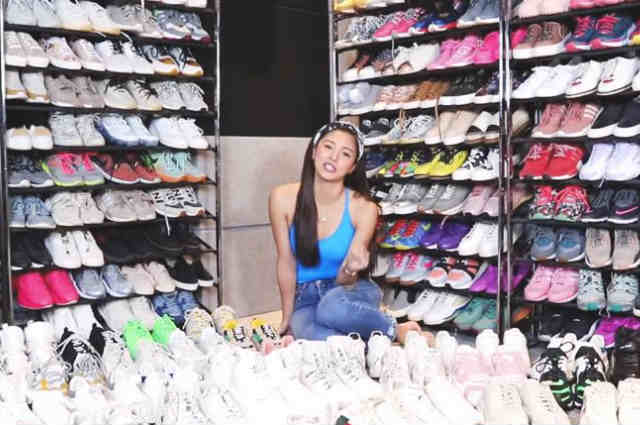 Kapamilya star Kim Chiu undoubtedly has a flourishing showbiz career after she was named as the big winner of the Kapamilya reality show ‘Pinoy Big Brother’ teen edition last 2006.

Throughout her showbiz career, Kim has earned numerous properties and priced possessions because of her hard work and dedication in television and movie projects she has starred in.

One of her guilty pleasures is her sneaker collection which she showed in her new YouTube vlog.

In the video, Kim brought her fans and followers inside her sneaker room mostly composed of white sneakers which she has been fond of lately.

“Next to my bags, these are my mga alaga, mga babies,” Kim added.

According to Kim, her most favorite brand of white sneakers is the British luxury fashion brand Alexander McQueen where she got 15 pairs of the same design in different colors.

She also has some pairs of chunky rubber shoes from brands such as Naked Wolfe and Balenciaga.

Kim also gave some tips of how to take care of sneakers to keep them looking as good as new.