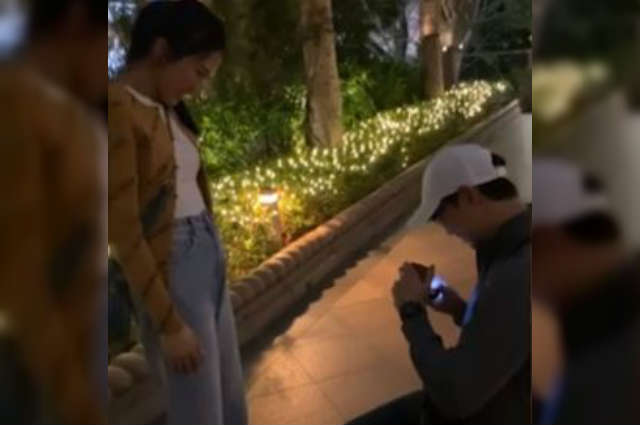 Host and vlogger Alex Gonzaga surprised fans after she marked her birthday with a special announcement about her engagement with boyfriend Mikee Morada as she posted a photo of them together where she was seen wearing her engagement ring.

In her recent vlog, Alex showed how Mikee proposed to her while they were having a vacation on Hong Kong with her parents and uncle.

As Mikee went down on his knees, Alex could not help but get emotional as he asked her hand in front of her parents.

Alex then wrote in her vlog’s caption: “Netizens, you’ve been a big part of my life now so i am so happy to share this with all of you!!!! Wala ka ng kawala MIKEE pakakasalan mo jeje queen!! 😂😂”

Celebrities have expressed their delight over Alex and Mikee’s engagement including Luis Manzano who commented: “Congrats Ate and Mikee! ❤️❤️”

Dianne Medina congratulated Alex and Mikee as well and wrote: “Love you❤️❤️❤️❤️ excited for you!”